You’ve seen them in all the old horror movies, the door that leads nowhere, the hidden passage behind the library bookshelf.  Tug on the bust of Beethoven or remove a dusty volume of Shakespeare and the bookcase slides away to reveal… a hidden staircase leading to a dank and dismal dungeon… the dwelling place of a fearsome monster… or the skeleton of some unfortunate soul in bricked-up wall.  We think that every rambling old home needs at least one “door to nowhere.” We have quite a few of our own at the Mira Monte, though unlike the horror movie variety, our sealed portals belie a much less sinister purpose.

Back in Victorian era, servants were expected to remain out of sight and had their own separate entrances and hallways in order to travel within the home unseen, to appear only when bidden.  Many of our old doors once served such a purpose.  Today of course these passages and entrances are no longer necessary and the spaces behind have been put to better use.  Yet other sealed doors were to former bedrooms that have been remodeled and converted into bathrooms or other guest areas.   We’re afraid there are no monsters here at the Mira Monte (although we really do have a housekeeper named Igor).  Come see our “doors to nowhere” on your next visit. You might even get to meet Igor too! 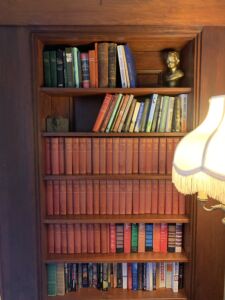 The library bookcase hides a sealed door to a guest room. 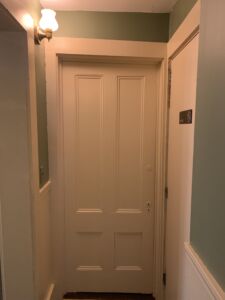 A former Servant’s hallway paralleling the main hall has been incorporated into guest rooms. 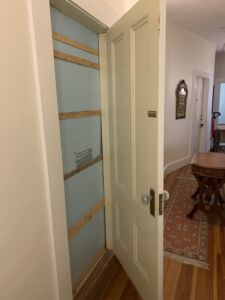 A disused bedroom has been converted into a guest bathroom- a whirlpool tub lies beyond! 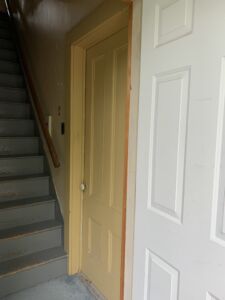 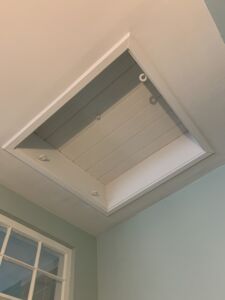 A hatch in a guest bedroom formerly held a ladder to the attic.